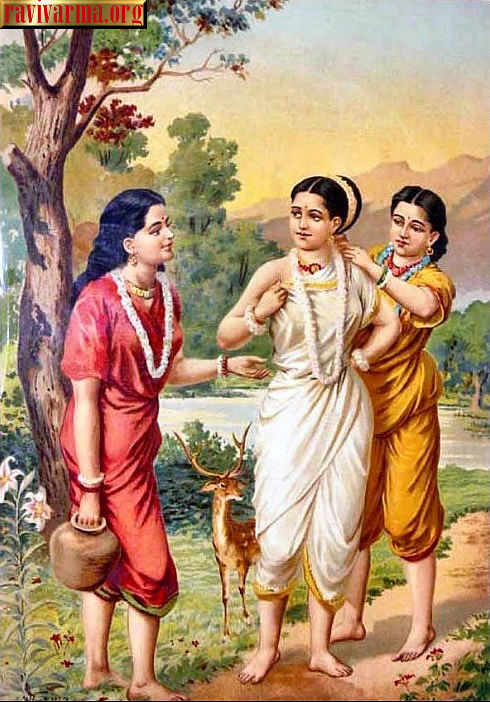 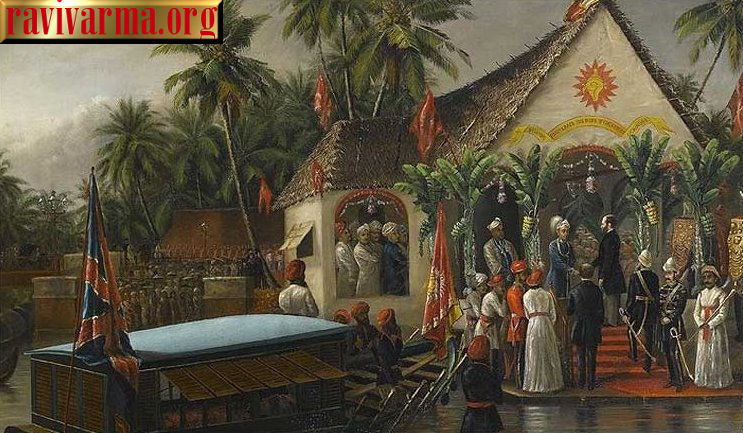 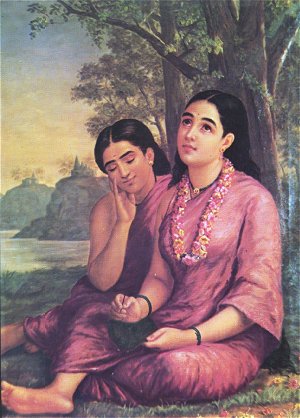 Raja Ravi Varma was born on 29th April 1848, in Kilimanoor, a small town of Kerala, India. He is well known for his unique oil paintings, mainly from the epics of Mahabharata and Ramayana. Raja Ravi Varma managed to accomplish a beautiful union of the Indian traditions with the techniques of European academic art.

Raja Ravi Varma was born at Ravi Varma Koil Thampuran of Kilimanoor palace in the erstwhile princely state of Travancore in Kerala. His father Ezhumavail Neelakanthan Bhattatiripad was an accomplished scholar, and his mother Umayamba Thampuratti was a poet and writer whose work Parvati Swayamvaram would be published by Raja Ravi Varma after her death. His siblings were C. Goda Varma, C. Raja Raja Varma and Mangala Bayi Thampuratti, who was also a painter. Raja Ravi Varma was married to Pururuttathi Nal Bhageerathi Amma Thampuran (Kochu Pangi) of the Royal House of Mavelikara and they had two sons and two daughters. Their eldest son, Kerala Varma, born in 1876 went missing in 1912 and was never heard from again. Their second son was Rama Varma, an artist who studied at the JJ School of Arts, Mumbai, married to Srimathi Gowri Kunjamma, sister of Dewan PGN Unnithan. Raja Ravi Varma’s elder daughter, Ayilyam Nal Mahaprabha Thampuratti, appears in two of his prominent paintings and was mother of Maharani Sethu Lakshmi Bayi of Travancore. He had another daughter, Thiruvadira Nal Kochukunji Thampuratti, grandmother of Chithira Thirunal Balarama Varma Maharajah.

His descendants comprise the Mavelikara Royal house while two of his granddaughters, including the said Sethu Lakshmi Bayi, were adopted to the Travancore Royal Family, the cousin family of the Mavelikara House, to which lineage the present Travancore Maharajah Uthradom Thirunal Marthanda Varma belongs. Well known among his descendants are writer Shreekumar Varma (Prince Punardam Thirunal), artists Rukmini Varma (Princess Bharani Thirunal) and Jay Varma, classical musician Aswathi Thirunal Rama Varma and others.

At a young age he secured the patronage of HH Maharajah Ayilyam Thirunal of Travancore, a relative, and began formal training thereafter.
Raja Ravi Varma received widespread acclaim after he won an award for an exhibition of his paintings at Vienna in 1873.He travelled throughout India in search of subjects. He often modeled Hindu Goddesses on South Indian women, whom he considered beautiful. Ravi Varma is particularly noted for his paintings depicting episodes from the story of Dushyanta and Shakuntala, and Nala and Damayanti, from the Mahabharata. Ravi Varma’s representation of mythological characters has become a part of the Indian imagination of the epics. He is often criticized for being too showy and sentimental in his style. However his work remains very popular in India. Raja Ravi Varma passed away on October 2, 1906.